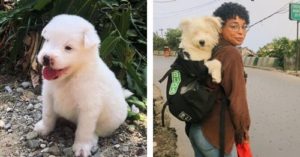 Taylor and Drew Woodard set off on a year long adventure
traveling around Nepal just last Spring. Though they had an idea
that this would be a life changing trip, they gained more than they
could have ever imagined.

Taylor is an avid animal lover and would frequently ask their
translator, Harry, to pull over at the sight of any kind of furry
friend on the side of the road. Whether it was a dog, cat, or even
an elephant, Taylor was ready to offer her love. Seing how much
this couple loves animals of all kinds, Harry came up with an
idea. 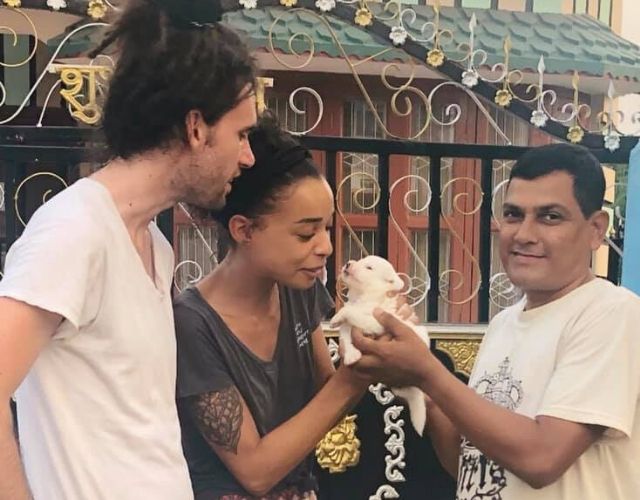 About a month into their trip, Harry came to Taylor and Drew and
told them he had a surprise. He then led them to his home in a
local village and sat them on the couch as they eagerly awaited the
unknown gift. Before they knew it, Harry presented a tiny white
puppy.

The small ball of fur couldn’t have been any older than 3
weeks old, as his eyes appeared to have just opened. They then
learned that the mother of this puppy had fallen ill, and this poor
pup needed an animal lover to come along and offer him the care he
needed. Though Harry’s family loved animals, they just didn’t
understand the work that goes into caring for such a young puppy.
The couple knew they had a challenge on their hands, but they
gladly accepted the teeny puppy as their own.

Taylor and Drew soon named the adorable puppy Buda, which means
“old man” in the Napali language, to honor his Nepali roots.
They spent that next month bottle feeding Buda around the clock,
and giving him all the time, medical care, and love that he needed
to thrive. Before they knew it, Buda was growing like a weed! His beautiful
white fur became long and silky, and he soon surpassed the size of
his mother and father. As their time in Nepal passed by, Buda
accompanied the couple on every single adventure they went on.

“They always asked us what magic we used to make him so
manlike. We always said rice and love.” – Taylor

Buda has traveled through the Himalayas, trekked through the
jungle, soaked in the tourist attractions, strolled through big
cities, accompanied them on waterfall adventures, and loved every
single minute of their adventures together. If you saw Taylor and
Drew, you would surely see Buda. Whether he was walking alongside
his favorite humans or perched inside of Taylor’s backpack, Buda
was having the time of his life. 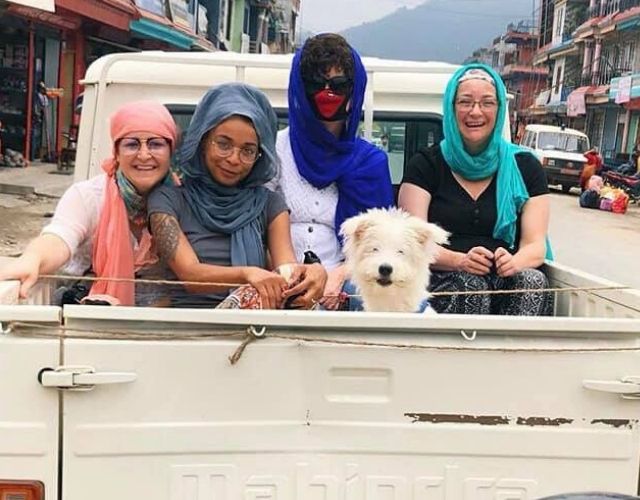 When the couple’s time in Nepal came to an end, they knew they
needed to start the process of getting Buda prepared for a move
back to the United States. Taylor had heard horror stories about
the difficult process of bringing a puppy to the US and was worried
about having to quarantine Buda before his entry to the US.

To make sure that Buda could easily enter the states without
risk of quarantine, Taylor and Drew has Buda examined by every vet
they came across. After multiple health exams and a stack of
paperwork, Buda was able to enter the US without any trouble! 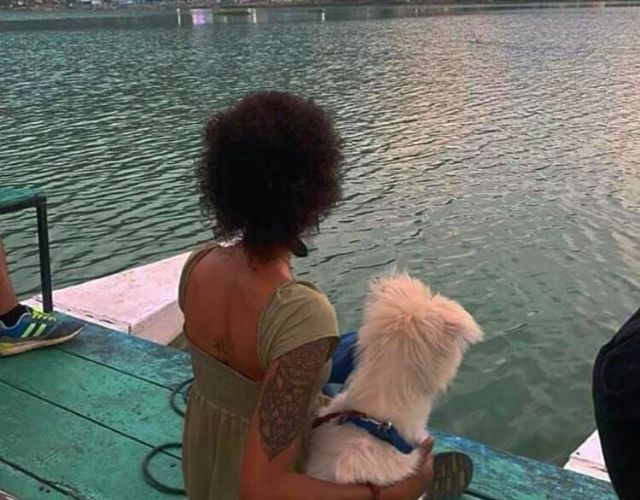 Buda has now been a US citizen for a few months and is living
each second of his life to the fullest. When he’s not soaking up
cuddles on the couch with his favorite humans, he’s tagging along
on road trips with his dedicated fur dad.

“I thought I went to Nepal to have the experience of my life,
but it turns out I went to find the love of my life, and now he
gets to do life with me forever.” – Taylor We are so glad that Buda found his way into this animal loving
duo’s life and have no doubt that he will continue to lead a life
of adventures!

The post
Couple Explores Nepal With Their Rescued Pup, Then Bring Him Home
To The U.S. appeared first on iHeartDogs.com.

Source: FS – Dogs – iHD
Couple Explores Nepal With Their Rescued Pup, Then Bring Him Home To The U.S.

Does Your Dog Hate Car Rides? Try These Tips

Dog Displaced By Hurricane Harvey Gets Flown To His New Forever Family, Thanks To You