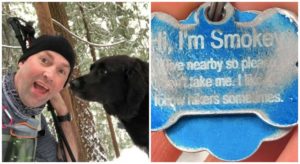 When Scott Brown, his wife, and their hiking group decided to hike Teneriffe Falls in Washington State last week, they were surprised to meet a new friend along the way — a four-legged one, that is!

As they embarked on the trail, the hikers noticed a large black dog and assumed he was the pet of someone in the nearby neighborhood. The pup soon joined the group on their adventure, even leading the way to the waterfall.

“It was funny, when he stayed with us for half mile or so, I said, ‘Well I guess he’s coming with us.’” 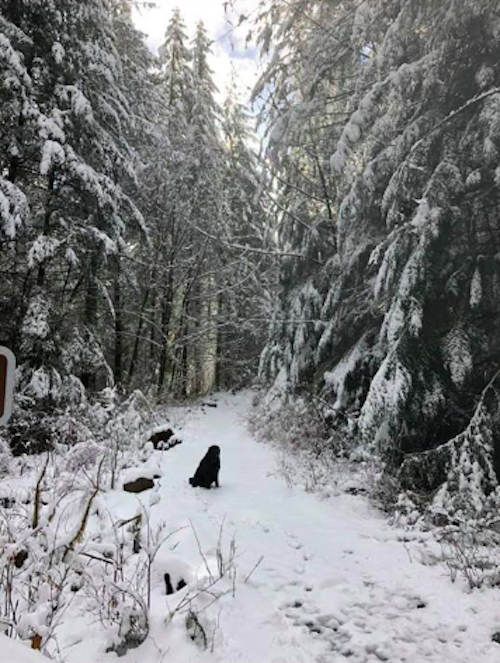 The hikers were entertained by the well-mannered pooch, who continued to trek alongside them and even pause for pictures.

“He would sit and wait for us as we took photos and then continue on when we did,” Brown said in a story by ABC News.

Once they arrived at their scenic destination, one of the hikers decided to take a peek at the pup’s blue collar tag, reading it aloud. Brown recalled:

“When my friend read the tag, [at] first, I didn’t believe him. I think I said, ‘haha yeah can you imagine? Let me see…’” 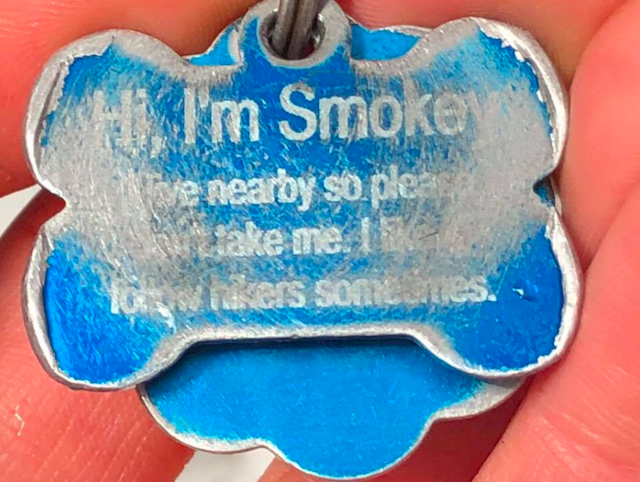 But Brown took a look for himself and had another laugh at the witty (although scratched) message:

“Hi, I’m Smokey. I live nearby so please don’t take me. I like to follow hikers sometimes. Don’t worry, I’ll go home when I get tired. My people love me a lot. Thanks for being nice!” 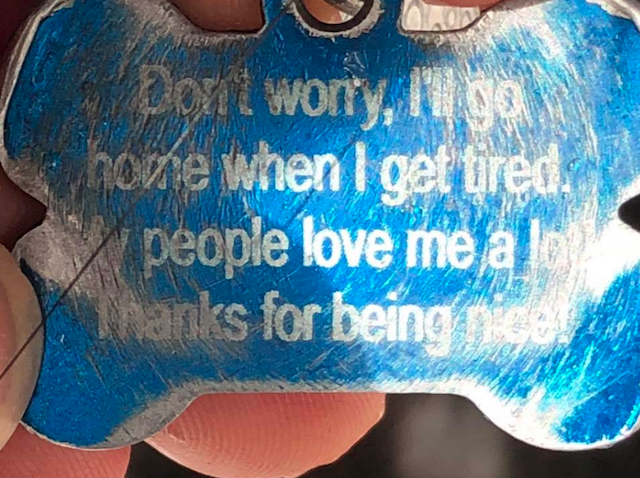 The furry trail guide seemed to watch over his new friends. Smokey even let out some warning barks as Brown climbed down an icy embankment.

“He seemed very protective for someone he just met,” he said in the story. 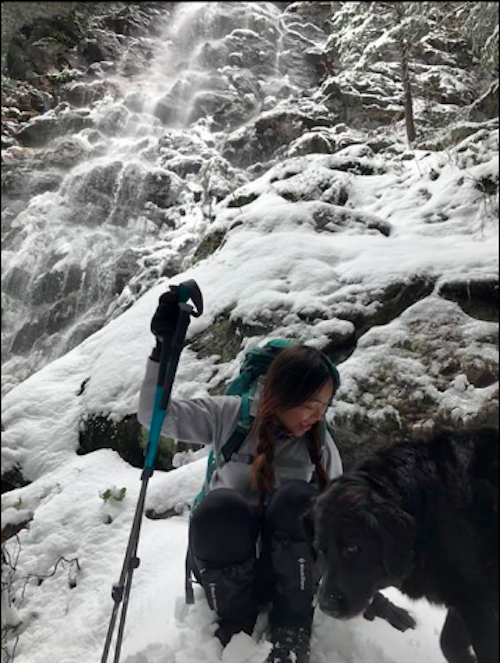 After their adventure, Brown posted about Smokey on the Washington Hikers and Climbers Facebook page, wondering if anyone else had met the friendly pooch. He wrote:

“Does anybody else know this dog? He met us at the old Tenerife trailhead and followed us (actually lead us) all the way to the falls. Then he sat there as we took our photos, barking at me as I dangerously crossed the snowy bank to the other side. Then he escorted us all the way down.

When we went in for a look at his collar, it said this. Haha. What a cool lil buddy to join our hike this morning. I imagine many of you know Smokey the same way I met him yea? Sometimes we make the coolest friends on the trail.” 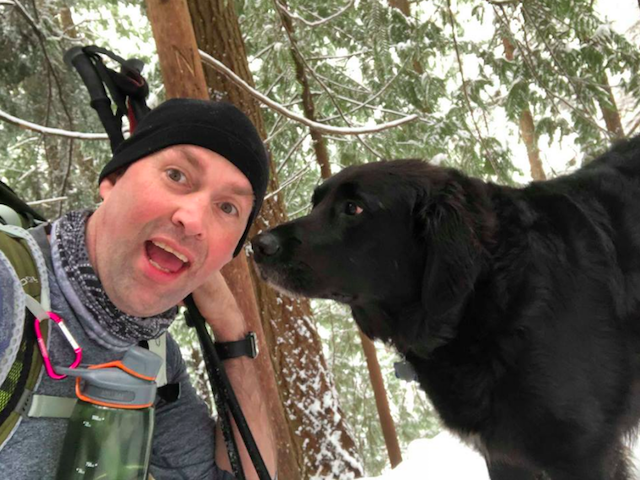 After getting back to the car, the pup said goodbye to his new pals and even bid them farewell! Brown told us:

“As [Smokey] crossed the street heading home I yelled, ‘later dog!’ but he barked back when he reached the corner, which was so cool.”

Good boy, Smokey! We hope you stay safe on all your adventures.

Source: FS – Dogs – iHD
Hikers Are Surprised When A Friendly Dog Follows Them… But His Tag Explains Everything!

Dog Does Not Want To Be Left Behind