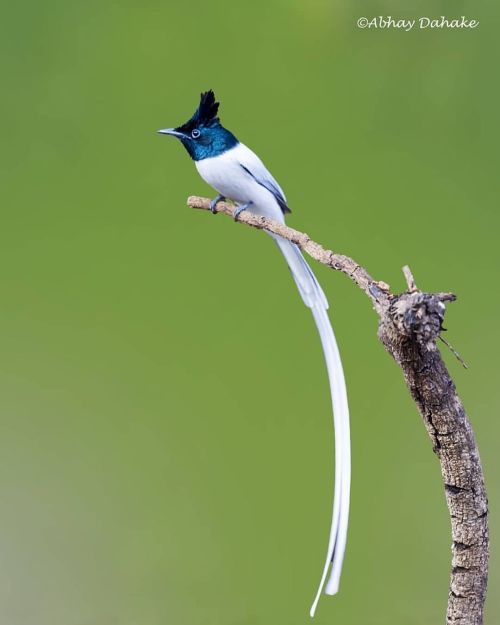 A graceful looking flycatcher, the adult male sport a long
ribbon-like tail. The males occur in two color morphs cinnamon
(below) and white (above). Both color morphs sport a glossy black
head with blue ring around the eye, but white morph is entirely
white below while the cinnamon morph has cinnamon upper-parts and
tail, and dirty white underparts (lol). The females are cinnamon
above with a grayish throat, a shorter tail, and they lack the
male’s blue eye-ring. They make short aerial sallies after
insects, usually returning to the same perch. Occasionally descends
to ground to pull apart insects. Chiefly found in wooded habitats.
Their call is a harsh “shreew.” Photo below: ©Ravi
(@papcoravi) 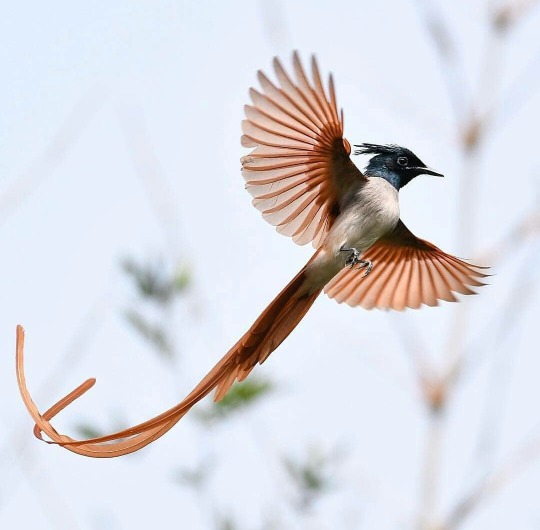 Should you feed your pet raw meat?

Darwin comes to town: how cities are creating new species